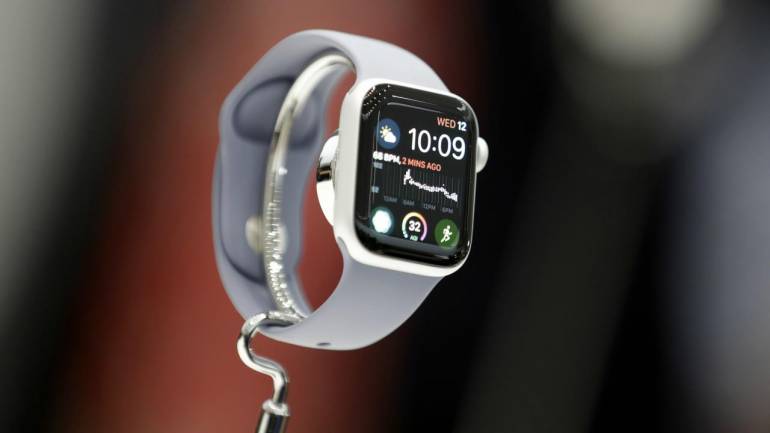 The United States will spare Apple Inc’s Watch and other consumer gadgets from the latest round of tariffs on Chinese goods, a senior administration official said in a last-minute reprieve for the technology industry on Monday.

The administration’s proposal for the tariffs on $200 billion of products drew protest from technology companies earlier this year, but the final list of taxed devices described by the official avoids many big consumer brand names and products.

The iPhone was not among the ‘wide range’ of products that Apple told regulators would be hit by the $200 billion round of tariffs in a September 5 comment letter to trade officials.

But Trump, in a statement announcing the new round of tariffs, warned that if China takes retaliatory action against US farmers or industries, “we will immediately pursue phase three, which is tariffs on approximately $267 billion of additional imports.”

And if the Trump administration enacts a further $267 billion round of tariffs, nearly every Chinese import, the iPhone, along with all other smart phones, are likely to be included in the list. Apple shares fell 0.7 percent to $216.29 after hours.

The new round of tariffs will take effect on Sept. 24 at a 10 percent level and rise to 25 percent at the end of the year, the person said.

Smart watches and devices that use bluetooth wireless communications, the technology behind Apple’s AirPods and other products that work with smartphones, will be excluded from the new tariff list.

In an earlier round of tariffs on $50 billion of goods, the Trump administration removed proposals on flat-panel television sets for the final list in June.

The new list would spare fitness trackers from Fitbit Inc , which had said in a comment letter to regulators that the tariffs would compromise its own investment in the United States. Fitbit shares were up 0.6 percent to $5.48 after hours.

However, some products that help computer networks operate, such as routers, will remain on the new list, the official said. That could affect smaller technology firms such as Eero, a startup company that makes home routers and had asked to be exempted from the tariffs. Altogether about 300 product categories were given reprieves, including some non-tech consumer devices such as bicycle helmets and baby car seats.

Despite the changes, the new tariffs still will cover about $200 billion worth of additional Chinese goods, as part of an intensifying trade dispute between the world’s two largest economies.

Apple and Eero did not respond to a Reuters request for comment, and Fitbit declined to comment. Apple Chief Executive Tim Cook had dinner with US President Donald Trump last month, though neither gave details of discussions.

Apple had said the US tariffs would affect prices for a “wide range” of Apple products, including its Watch, in a letter commenting on administration proposals earlier this month.

“Our concern with these tariffs is that the US will be hardest hit, and that will result in lower US growth and competitiveness and higher prices for US consumers,” Apple said in a letter commenting on the proposal.

After Apple’s comments, Trump said in a tweet said that there was an “easy solution” for Apple to avoid tariffs. “Make your products in the United States instead of China. Start building new plants now,” he tweeted on September 8.

Bloomberg reported earlier on Monday that Apple Watches would not face tariffs in the new round.

Health insurance remains one of the under-penetrated segments in India

CES 2019 is done and dusted, but the excitement is just beginning as innovative gadgets are all set to hit stores soon. Here’s a list of gadgets that will definitely add the oomph factor to your electronic collection: Jabra Elite 85h Wireless Headphones The Jabra Elite 85h wireless noise-cancelling headphones are more than capable of […]

As tech giants like Google, LG, Samsung, Intel, AMD and Asus gear up to take centre stage at CES 2019, consumers are in for quite the treat. While not all companies have the ability or resources to make a big splash at CES 2019, certain quaint startups are more than capable of impressing with their innovative, […]

The new face of B2B marketing