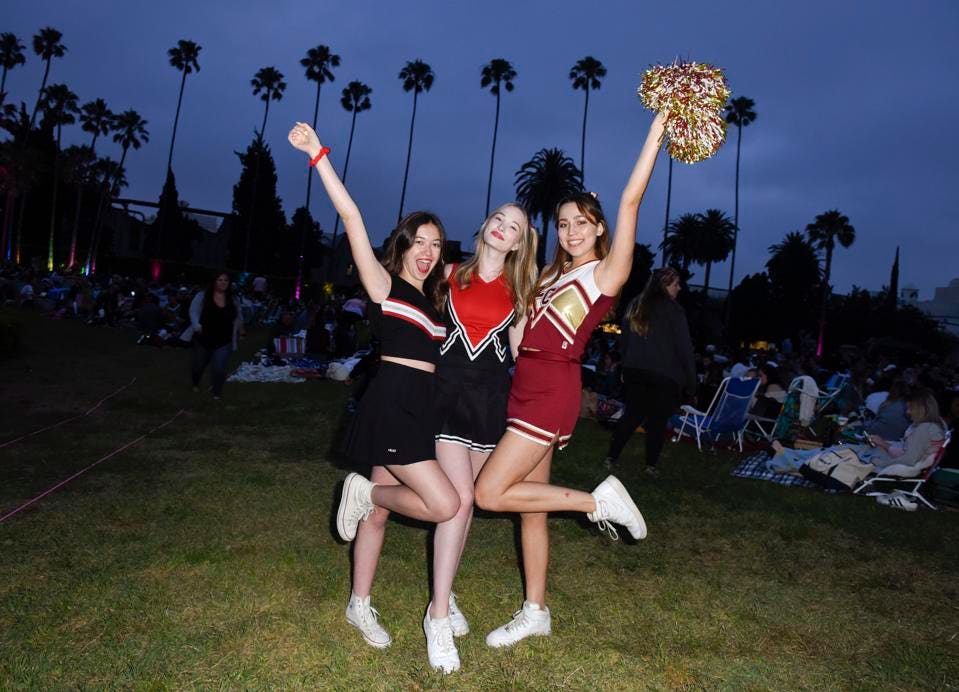 Bring on Summer Festivals: Guests attend Cinespia’s screening of ‘Bring It On’ at the Hollywood Forever Cemetery in July 2019.

Summer is the season for get-togethers, celebrations and sun-soaked barbecues. August in Los Angeles means loads of festivals—foodie, musical, comedic and otherwise—with a mix of both familiar names and newcomers, all of whom are prepared to show off their many talents. 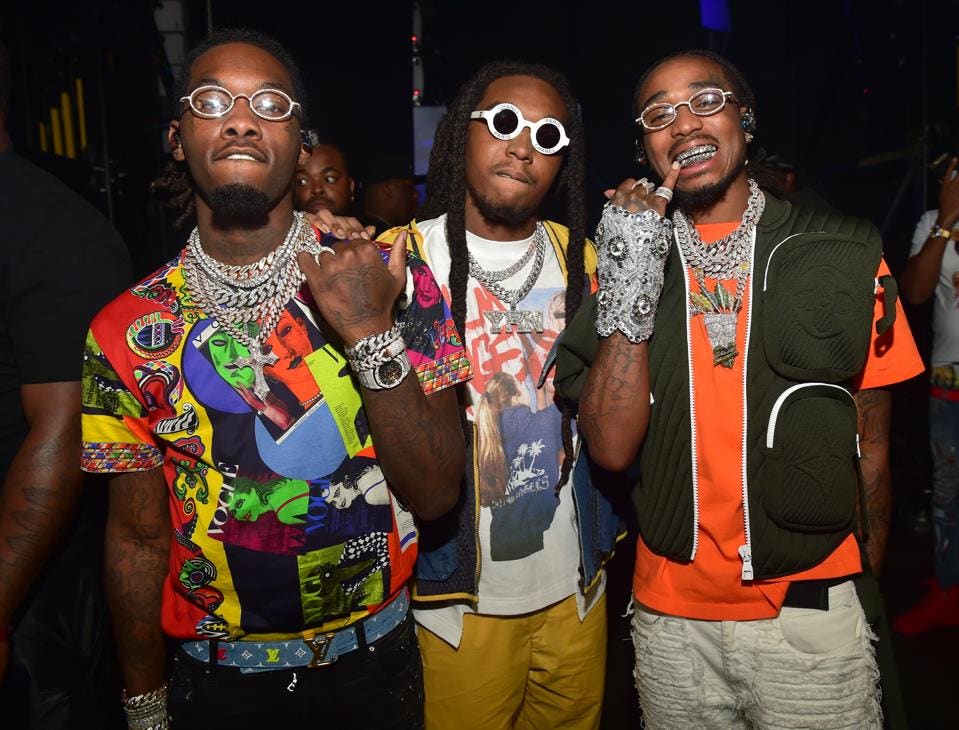 Offset, Takeoff and Quavo of Migos will perform at the inaugural Real Street festival in Orange Country. (Photo: WireImage)

Creativity, freedom and commerce intersect at the Orange County’s hip-hop event: Real Street Festival on August 10-11. Expect densely packed crowds at the Honda Center to see headlining sets by  Cardi B, Future and Migos, plus support from Meek Mill, Big Sean, Hndrxx, Miguel, Rae Sremmurd, 2 Chainz, A Boogie With Da Hoodie and more. Music is only one facet, as on-site guests will also find a barber shop, nail salon and dotted throughout the three outdoor stages are a kaleidoscope of freshly painted murals and art installations. 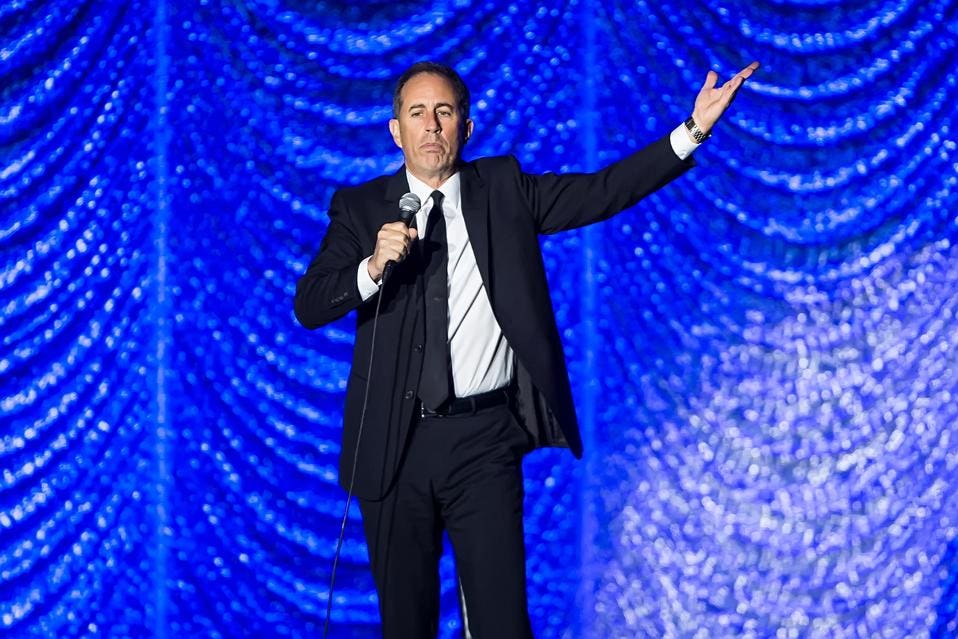 On August 15, Jerry Seinfeld will be headlining at the Long Beach Convention Center, performing his signature brand of observational comedy. And if it’s true that imitation is the highest form of flattery, Seinfeld must be feeling righteous indeed. 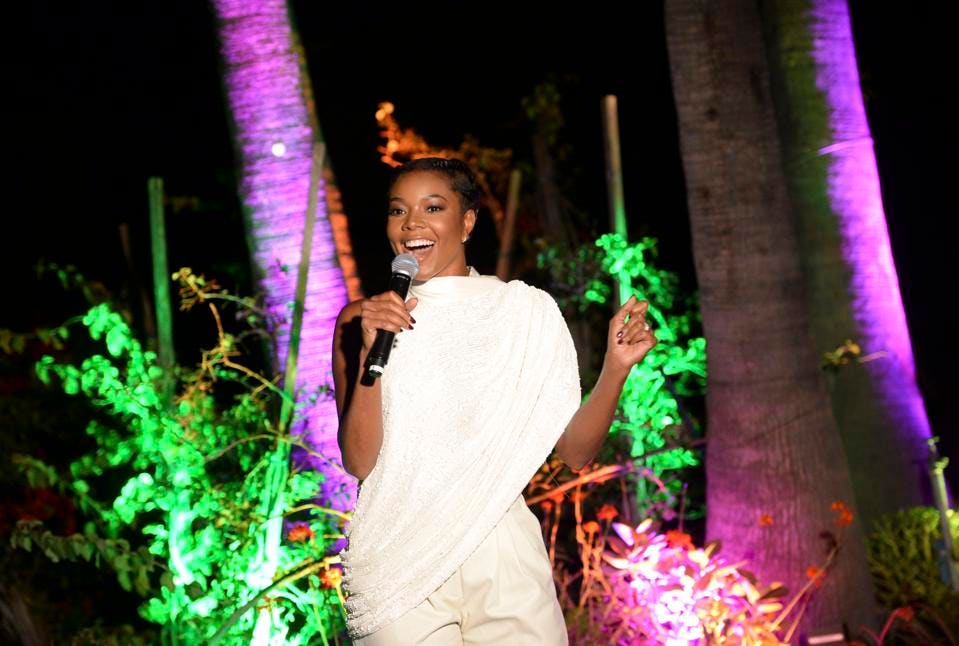 Cinespia has become the benchmark in outdoor cinema events. Throughout August, book in to see a captivating cult film screened outdoors in a Hollywood cemetery. There’s nothing spooky about watching Never Been Kissed (August 17) under the stars. Although, the same can’t quite be said for the August 24 screening of Psycho. Unfold your chairs, unwrap your snacks and unfurl your blankets, so you can enjoy the best of Hollywood, while resting alongside cinematic legends like Rudolph Valentino and Bugsy Siegel. 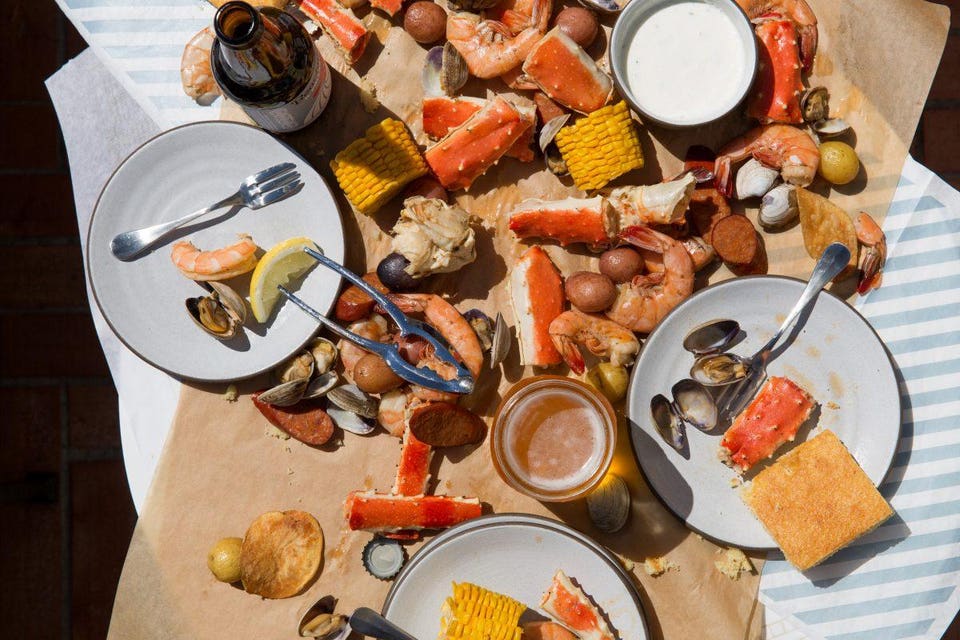 One Sunday each month visit the Rooftop Summer Seafood Boil at the NoMad, so you can fill your plate with shrimp, crab, sausage and sweet corn, house-made sides, such as crispy potato chips and golden cornbread, all washed down with a freshly frozen popsicle. As well as the items still steaming from the pan, there is a seemingly never-ending conveyer belt of chilled beers and icy piña coladas on offer throughout the afternoon. 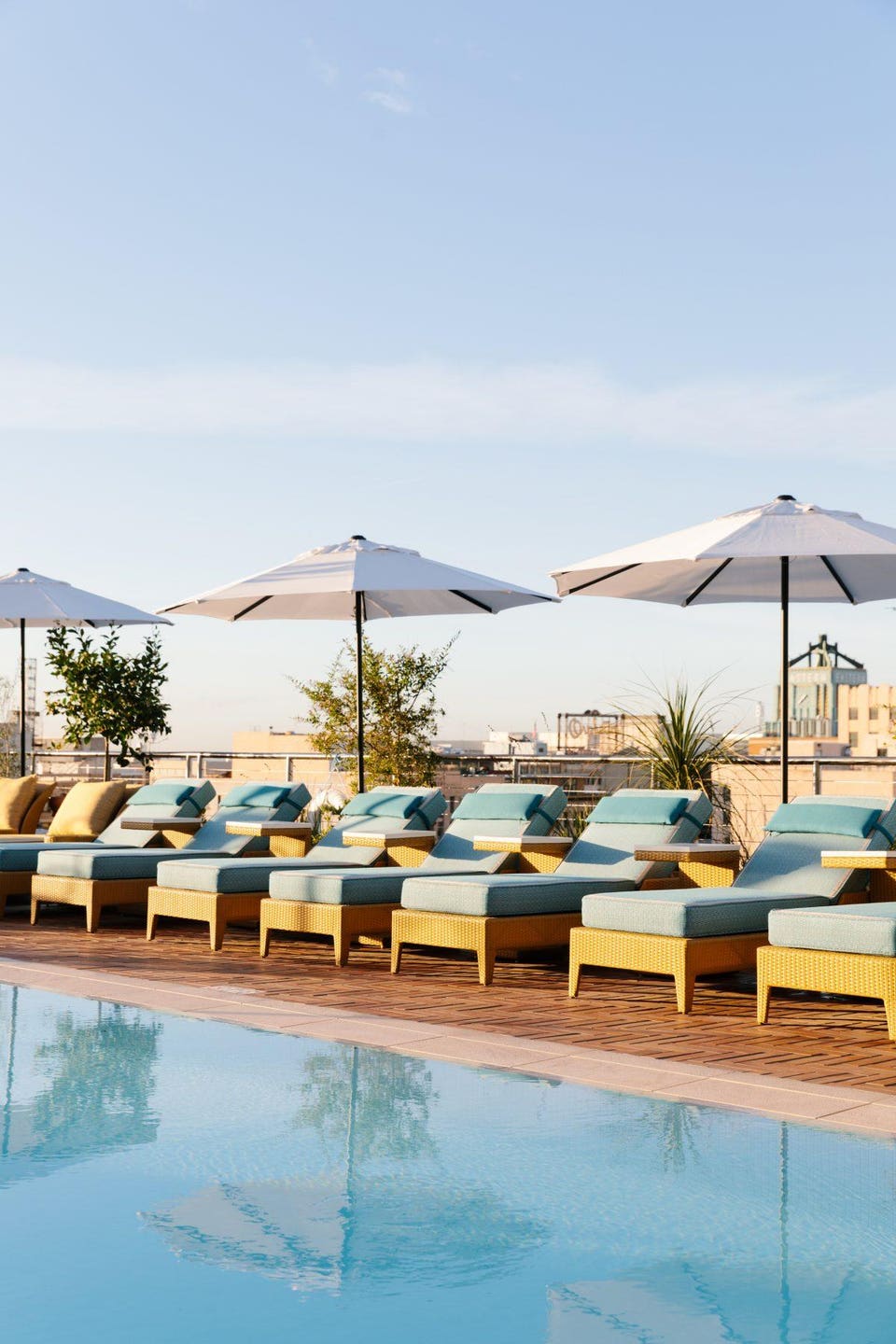 The rooftop pool at NoMad

And if scheduling permits, the NoMad can turn into your stomping ground for more than just the afternoon. Sumptuous and celebrated, designed by renowned French interior decorator Jacques Garcia, the NoMad is a New York transplant that has quickly become the talk of the town. 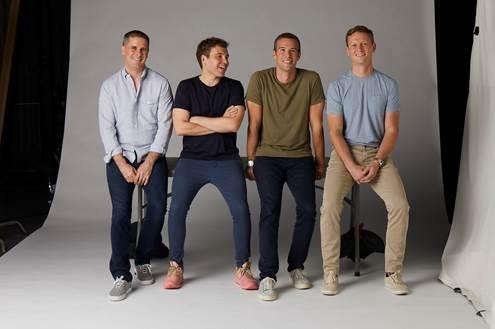 The hosts of Pod Save America

It’s entirely possible to be socially conscious while surrounded by sunshine. Join three former Obama staffers, including chief speechwriter Jon Favreau, for a live taping of their award-winning political podcast Pod Save America. Known for their cutting wit, candor and signature no-BS conversations, their August 17 show at the Greek Theatre is poised not only to be prescient but also illuminating. Alongside the stalwart hosts: Favreau, Jon Lovett, Tommy Vietor and Dan Pfeiffer, Jemele Hill will join as a guest host, while Amanda Seales, Best Coast and Jim James will all be flexing their creativity with special performances. 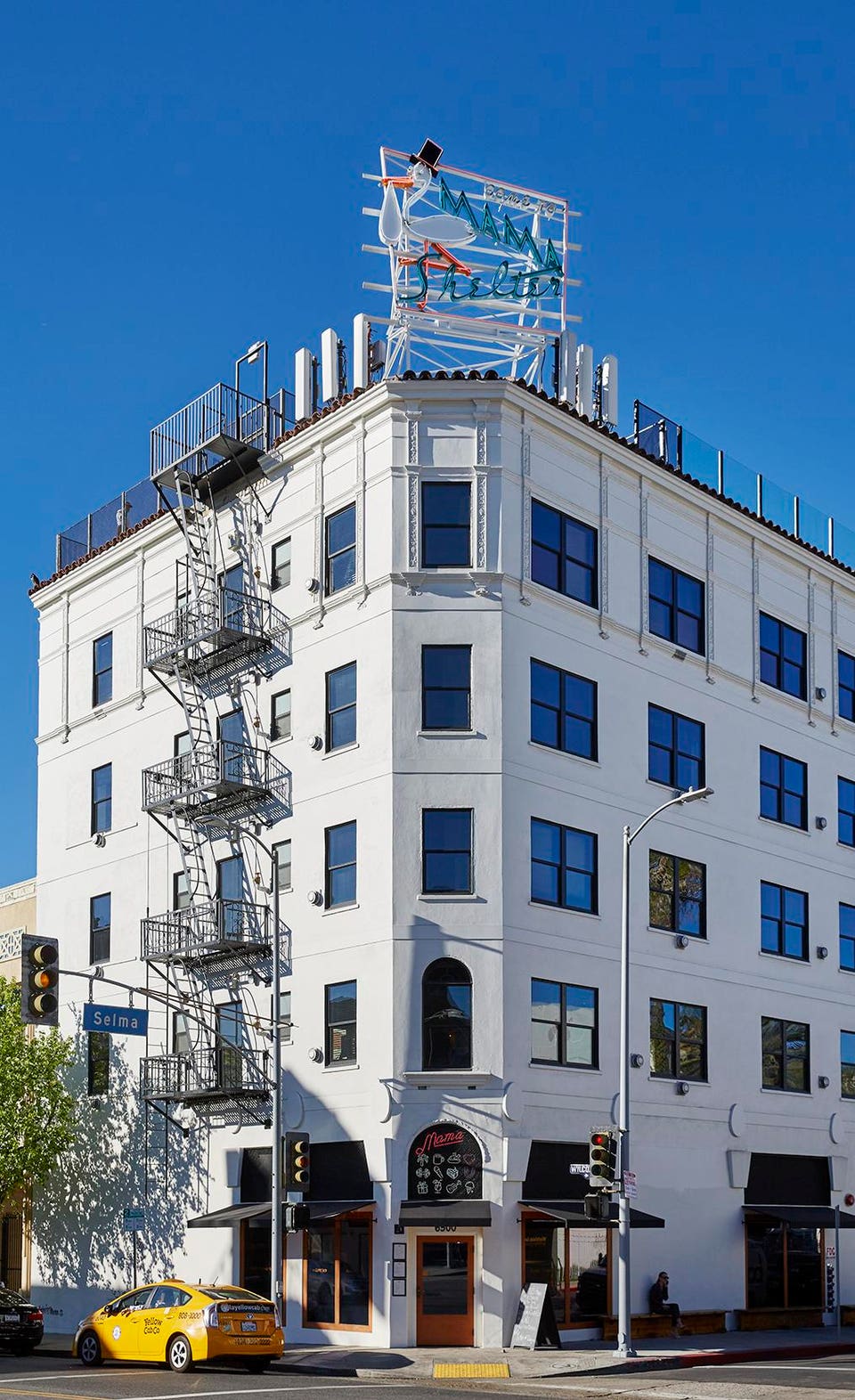 Diehard fans can make a holiday of their trip to see “the Pod,” by booking into Mama Shelter, a well-positioned resting point when visiting the Greek Theatre. Hot, hip and affordable, the hotel is lively and lighthearted in its approach—and there is an on-site restaurant, bar and coffee shop. 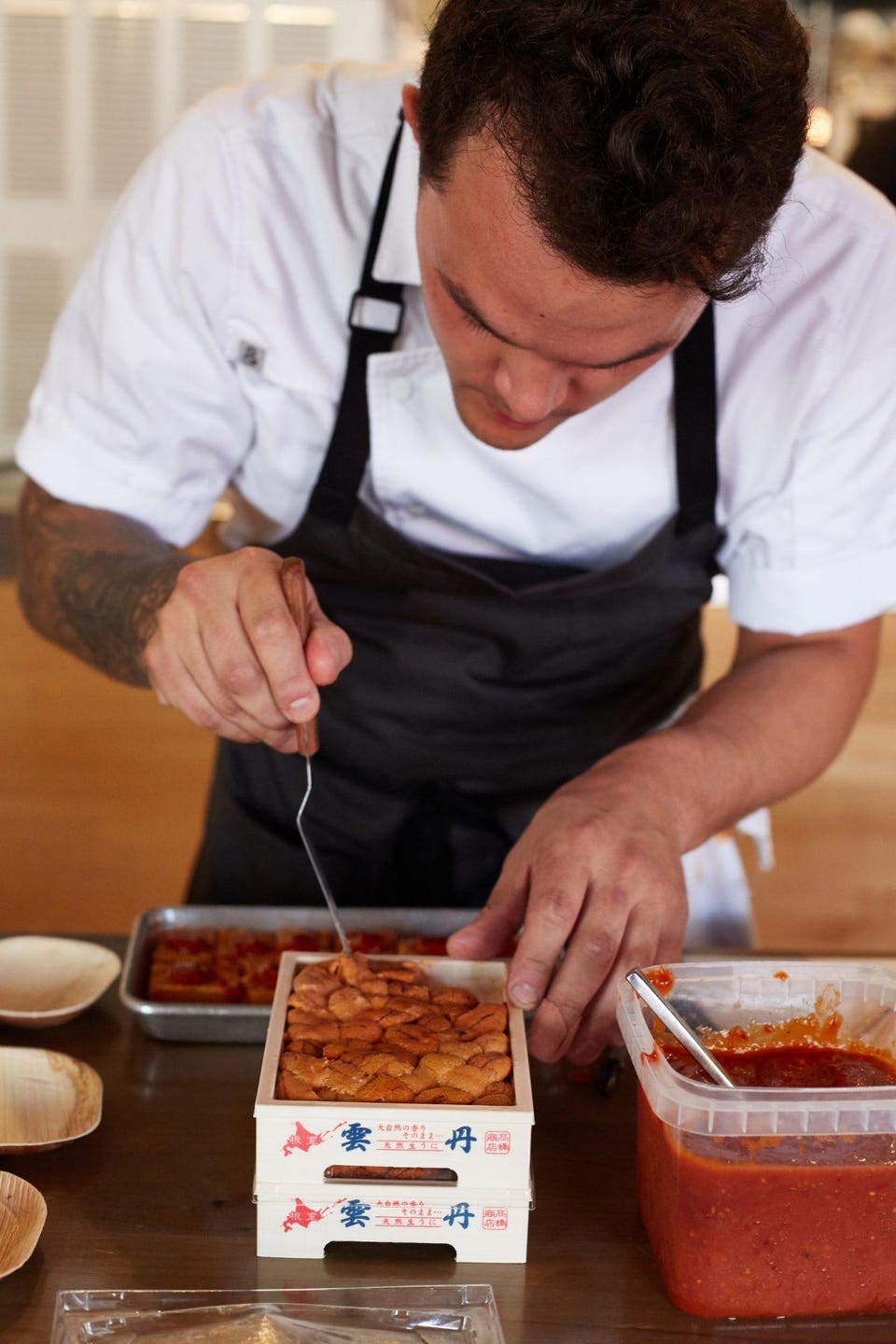 Dishing it out at the Los Angeles Food and Wine Festival.

Finally, in a city that centers around its food, the annual Los Angeles Food and Wine Festival is one to add onto the to-do list. Coming into its ninth intallment, this August 22-25, the city’s hottest chefs will serve-up the best their kitchens have to offer. Mix and match amidst the 14 culinary events unfurling across the four days, including a masterful ‘burger-off’ led by celebrity judge Seth Rogen; a standout marquee dotted with the biggest names in cooking, including Curtis Stone, Tim Hollingsworth and Antonia Lofaso; and a grand finale brunch. And if you can’t make those dates work, the Beverly Hills Food & Wine Festival is the week before on August 17.

Indians could buy at least 10 percent more gold during the annual Hindu and Jain holy festival of Akshaya Tritiya than a year ago, industry officials said, as a dip in prices prompted consumers to increase purchases. A rise in consumption by the world’s second-biggest gold consumer could help global prices which are currently hovering […]

As Woodstock turns 50, do music festivals have a future?

When the organisers of Woodstock 50 announced on July 31 that the commemorative festival would be called off, just two weeks before it was due to begin, it came as no surprise. The event had been plagued by difficulties since the beginning. In April, the festival’s backer Dentsu Aegis Network said it had been cancelled […]

An Introduction to Digital Marketing Analytics for Law Firms

The Marketing Academy unveils its 2020 Fellows