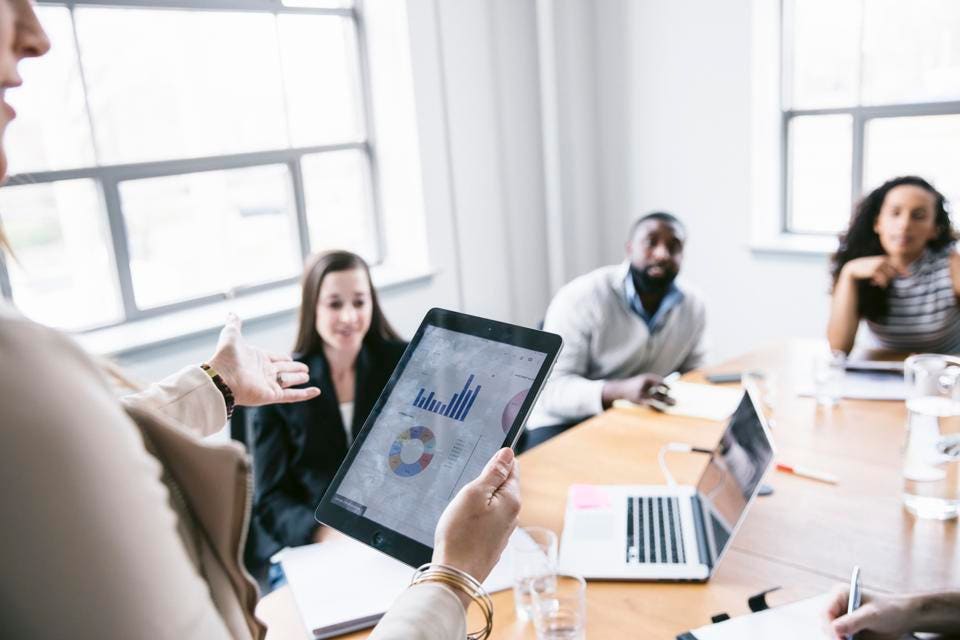 Something’s happening in the hallowed halls of the C-suite and boardrooms. There’s a growing realization that marketing isn’t just about “making things pretty” and “supporting the sales process.” Rather, business leaders are starting to see marketing as a catalyst for creating sustainable growth fueled by a passionate focus on the end customer.

Brand image has traditionally been the sole purview of the head of marketing, but with advancements in technology, that seems to be changing rapidly. Every molecule of a company’s operation — finance, product, research, customer service, communications, sales, technology — impacts a customer’s opinion of a brand and subsequently the growth of any company. For this reason, many organizations are evaluating the layers of a marketing department and have started to introduce a new position to the C-suite with a unique set of responsibilities.

The Rise Of The Chief Growth Officer (CGO)

The title of CGO isn’t new. According to Singular’s report, “Chief Growth Officer 2019: The State of the CGO,” 14% of companies in the United States have a CGO. The report also points out that 29% of companies have a VP, director or head of growth, and 41% have a growth marketing manager.

The growth management movement is widespread and expanding. Larger companies such as Coca-Cola, Kellogg’s, and many more already have CGO positions. It’s likely that in the future, many companies with growth management initiatives will adopt the CGO title.

The Need For A CGO

Twenty-five years ago, the internet didn’t exist as we now know it. Social media was in a primitive state fostered by AOL, CompuServe and Prodigy, and it certainly was not considered a business development tool. And data research was mostly comprised of collecting demographic information through focus groups and mailed surveys. The marketing world was much simpler and consisted of a limited number of one-way customer messaging mediums and outlets.

Today’s technology platforms provide organizations with the means to better understand and analyze our customers’ needs, while simultaneously commencing a sales cycle before a salesperson conducts their first qualifying call. The collection of demographic and, more importantly, psychographic information about our customers is highly effective and getting better every day. The various digital platforms give marketers a cost-effective way to send tailored communication more frequently and deliver informational value to a prospect.

Additionally, the explosion of digital technology has given the customer a louder and more active voice, and industry leaders are listening. The complexity of marketing — created by ever-changing technological advances — as well as the increasing power of the customer to broadcast opinions, present ideas and be influenced by every aspect of a brand’s operation has created the need for a new executive specialty: the chief growth officer.

The CGO’s responsibilities vary depending on the company and industry, but I believe the foundation is built upon a common philosophy: a growth mindset.

In her bestselling book, Mindset: The Psychology of Success, Carol S. Dweck, Ph.D., wrote that there are two mindsets: the “fixed mindset” and the “growth mindset.” People with a fixed mindset give up easily, are less willing to change and ignore useful feedback. People with a growth mindset, according to Dr. Dweck, have seven traits that make them successful:

• They believe that intelligence can be developed.

• They have a desire to learn.

• They persist in the face of obstacles.

• They are willing to work.

• They learn from criticism and mistakes.

• They find lessons and inspiration in other people’s successes.

Singular’s report contains interviews with several current CGOs discussing their responsibilities. Their answers may provide some insight. The following are quotes from some of those interviewed:

• “The CGO role is a hybrid role designed to work across departments, with a focus on sales, marketing and product.”

• “For companies that are growing extremely fast, the CGO focuses on short-, medium- and long-term strategic initiatives, partnerships, products, marketing and sales to drive growth.”

• “The growth role isn’t a magic hack to boost business performance overnight, but a disciplinary and cross-functional role which requires both art and science.”

• “My primary focus as chief product and growth officer is to make sure every initiative we take in the product and community adds value to our primary growth goal.”

I would add that a CGO, aside from having a growth mindset, should also have customer empathy. After all, it’s the customer who is the final arbitrator of a company’s growth. Empathy comes from knowing a person or group well. Data is the first step in understanding your customer base, but experiential activations and face-to-face encounters at trade shows, events and meetings could yield the highest level of understanding.

The Future Of The CMO And CGO

The increased importance of a growth-minded executive does not necessarily indicate the demise of the chief marketing position; rather, for some organizations, it may signify an evolution. The responsibilities and skill sets of each have significant overlap and both offer tangible and measurable benefits to a company. However, in an era where short-term profits and long-term sustainable growth are equally emphasized by boards and shareholders alike, it would not surprise me if the new path to chief executive goes through the chief growth officer role.

There used to be a restaurant across the street from where I live. I asked several people about it, and almost all of them said, “It’s the worst restaurant I’ve ever been to.” Those are mighty strong words. It’s one thing for them to say they had a bad meal, but when they refer to […]

As we enter a new year and decade, one trend that digital marketing experts across the world have been talking about is WhatsApp marketing and how it can help brands reach out to their audiences effectively. With close to 1.5 billion users across the globe, the Facebook-owned app is perhaps one of the most popular and frequently […]

Gujarat Board 10th Results Out; Here’s How To Download

How Your Company Can Prevent A Failed Marketing Technology Investment