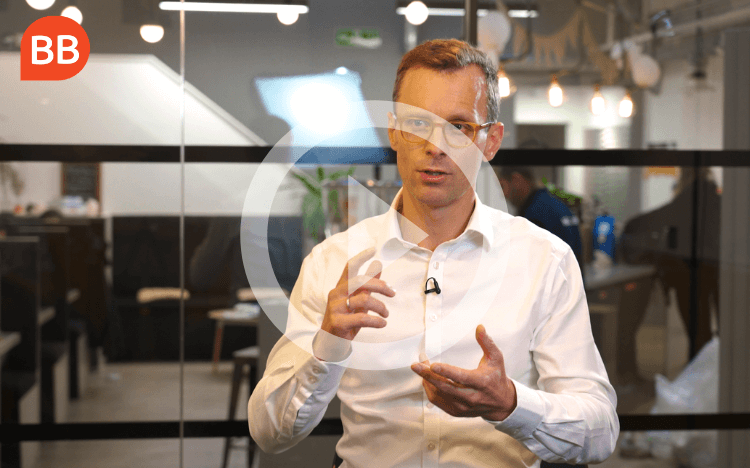 In the London Business School library, in between lectures and preparing for his classes, Gerhard Grueter was busy setting cogs in motion to start his own business, Lawson Conner, which provides regulatory infrastructure and compliance for financial companies.

In our MBA Entrepreneurs video, Gerhard reveals the story behind Lawson Conner, how he built it up from a laptop to a thriving business, and everything he learned along the way.

Gerhard’s background was as an investment banker at Merrill Lynch, where he worked up to the role of vice president. Swapping this for an MBA, and the risk of setting up his own business, was a hard decision to make.

Gerhard also recalls his early days as an entrepreneur. Surrounded by his friends in banking, who were still on very high salaries, the contrast was often difficult to swallow.

So did it pay off?

One-year MBA programs are almost the standard at business schools in Europe and Asia. INSEAD’s 10-month MBA has been ranked in the top-five in the world by the Financial Times for five consecutive years. But the traditional, two-year, full-time MBA is still the flagship program for most business schools in the United States. The two-year […]

How to future-proof yourself with the Global MBA

There are several arguments for why an MBA degree is still relevant – and as many for why traditional MBA programs need to be urgently reimagined. In a dynamic, tech-enabled labor market where learner needs are changing rapidly, a generalist business program no longer suffices. To stay ahead of the curve, young Indians aspiring to […]

NEW DELHI: Four Indian B-Schools have found place among the top 50 management schools in the fresh Financial Times (FT) Global MBA Rankings 2019 released on Monday. Indian School of Business (ISB) has been ranked the best from India with a global ranking of 24th, followed by Indian Institute of Management (IIM) Bangalore at 33rd place. The […]

Why Mobile Marketing Can Be Big For Your Business, And How To Use It

Natural Beauty: What to Eat & Avoid For A Healthy Festive Glow