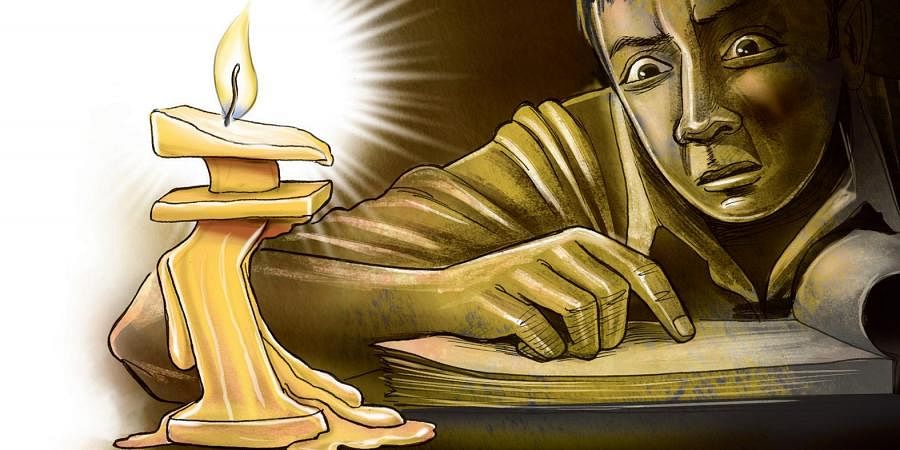 When I heard the finance minister’s speech during the Budget for 2020-21, I was excited about the emphasis she laid on education. My initial understanding of the allocation of more than Rs 99,000 crore made me believe that school education had finally been given the importance it deserved. However, it soon turned into disappointment. I discovered this amount was for the sector as a whole. The implication was clear. In real terms, the allocation came down to Rs 59,845 crore.

This indifference towards education is nothing new. The allocation has been coming down over the past few years in real terms. It was Rs 55,115 crore in 2014-15,  0.52% of the GDP and 3.07% of the entire Budget. In 2016-17, it fell to Rs 43,554 crore, 0.36% of the GDP and 2.16% of the Budget. The indifference of successive governments towards school education is quite inexplicable. It also gets reflected in the tenure of top officials tasked to manage this critical sector. When I took over as Secretary, School Education and Literacy in 2016, I was the fifth person to hold this charge in two and half years. Most of my predecessors had impeccable credentials but they either did not wish to continue or were not allowed to continue. My successor, one of the most experienced hands in the sector, met with the same fate.

Perhaps the only explanation for this perverse approach could be that school education is perceived (erroneously) by politicians (irrespective of political colour) as something that has no impact on their immediate political future. However, the approach seems to be undergoing change. The Delhi government’s education ministry, under the inspired and imaginative leadership of Manish Sisodia and dedicated civil servants like Punya Salila Srivastava, brought about a transformation in education in the NCT. Even political adversaries privately admit the progress made in Delhi. This was also true of CMs Dr Raman Singh and Vasundhara Raje Scindia in Chhattisgarh and Rajasthan respectively. In both these states, the governments picked up bright and efficient officers like Vikas Sheel and Naresh Gangwar to head the School Education Department and gave them long enough tenures to bring about change. Unfortunately, both the CMs lost at the hustings once again, proving the point that improvement in the learning outcomes of school children does not always translate into votes.

The NDA government’s focus on school education became evident when Prakash Javadekar, who had done so well as Minister of State for Environment and Forest, was promoted as Cabinet Minister and assigned the Ministry of Human Resource Development at the centre in 2016. He was a man on a mission. Despite a reduction of budgetary allocation in real terms for school education, he attempted to address some of the critical issues that beset it:

1. Recognising the critical role of teachers, the decision to introduce a four-year integrated course for a Bachelor of Education was taken. This would eliminate non-existent teacher training colleges and encourage only those keen on the profession to enrol. The Right to Education Act was amended to facilitate training of unqualified teachers. There were more than a million of them.

2. Segmentation of school education was done away with and a comprehensive approach was adopted through the launch of Samagra Shiksha, replacing segmented schemes like Sarva Shiksha Abhiyan and Rashtriya Madhyamik Shiksha Abhiyan. Pre-school and  intermediate education was brought on the agenda for the first time, making them eligible for funding.

3. States were given the freedom to determine priorities, instead of fixing them centrally, in the true spirit of cooperative federalism.

4. Encouragement was given to public-private partnerships to leverage good practices with a view to scale them. Shaala Sarathi portal was put in place to facilitate transparent interface between the Centre, state governments, NGOs and CSR Funding Agencies.

These initiatives were bearing fruits but unfortunately, after the NDA government came to power this time, Javadekar got shifted to another Ministry. He had demonstrated that despite budgetary limitations, a lot can be done. His successor has to carry this initiative forward and go beyond it. The teacher has to be the focus as he lies at the pivot of education. The decision taken for a four-year course of pre-service training has to be implemented in letter and spirit so that fraudulent training colleges close down. The recruitment of teachers has to be centralised and bereft of all malpractices. Some states have managed to do that. Other states can learn from them. Delivery of education can be transformed through the use of technology such that learning becomes an enjoyable experience. States like Maharashtra, Karnataka, Kerala and AP are already doing it.

We cannot have the same approach in all the states in a diverse country like ours. Each state requires a different set of interventions in terms of teachers, curriculum and pedagogy. Practicable action plans need to be worked out for each state wherein what needs to be done, how it will be done, who will do it and by when is clearly outlined. The National Assessment Survey done in 2017 can help in preparing such plans. Their implementation must be facilitated and monitored.Some NGOs like Akshara Foundation, Sampark Foundation and Kaivalya Foundation are doing phenomenal work in the field. They or the government alone cannot transform school education. However, together they have the potential to bring the desired outcome. These steps are not exhaustive. There are a number of issues relating to curriculum, vocational training, educating the girl child, school dropouts, value-based education, children with special needs and the ridiculous marking system that must be addressed. There is a crying need to transform school education. A beginning was made. It has now to be taken to its logical conclusion.

Steps taken so far are not exhaustive. There are a number of issues relating to curriculum, vocational training, educating the girl child, school dropouts, value-based education, children with special needs and the ridiculous marking system that must be addressed. There is a crying need to transform school education

Guernsey’s States has approved the final version of the new model for secondary education by 23 votes to 15. The island will operate a “one-school, two-site” system from 2021, rather than the current system of four schools. The total cost of the transformation is expected to be up to £157m, with approximately half of the cost […]

Gujarat Board 10th Results Out; Here’s How To Download

NEW DELHI:  West Bengal madhyamik results have been declared. 86.07% students have cleared the madhyamik exam in the state. Last year, the overall pass percentage was 85.49% which was slightly lower than the Board’s performance in 2017. This year the madhyamik exams were held in from February 12 to February 22 this year. The press conference for madhyamik […]

10 projects by Chinese interior designers worth knowing about

Billionaire Donations Are Great But Education Needs Much More