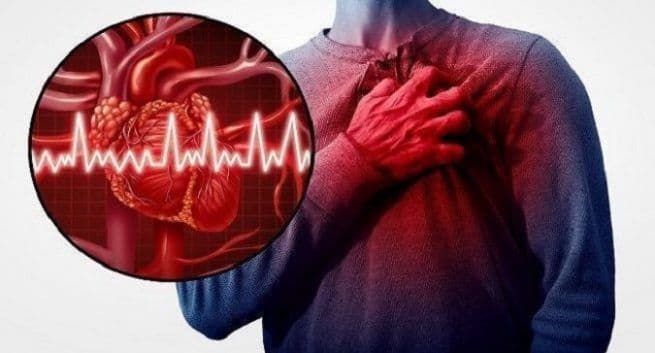 New York, Mar 21 (IANS): For those who have survived a heart attack, mental stress — and not physical stress — may be a stronger predictor of a repeat heart attack or even dying from heart disease, warn researchers.

The team at Emory University investigated whether myocardial ischemia — when blood flow to the heart is reduced such that the heart muscle doesn’t get enough oxygen — induced by mental stress was associated with poor outcomes among heart attack survivors, and how this type of stress testing compares with conventional stress brought on by exercise.

Among more than 300 young and middle-aged individuals enrolled in the study, those who endured myocardial ischemia with mental stress had a two-fold higher likelihood of having another heart attack or dying from heart disease compared with those who did not have cardiac ischemia induced by mental stress.

“In our study, myocardial ischemia provoked by mental stress was a better risk indicator than what we were able to see with conventional stress testing,” said Viola Vaccarino from Emory University’s Rollins School of Public Health in Atlanta and the study’s principal investigator.

This is the only study of its kind in this relatively young adult population of heart attack survivors.

“These data point to the important effect that psychological stress can have on the heart and on the prognosis of patients with heart disease,” she added.

The investigators studied 306 adults aged 61 years or younger (50 years on average and ranging from 22-61 years), who had been in the hospital for a heart attack in the previous eight months.

Traditional stress tests, in which someone exercises on a treadmill or takes a medicine that makes the heart beat faster and harder as if the person was actually exercising, have long been used to check blood flow to the heart and gauge the risk of heart problems.

Overall, mental stress induced myocardial ischemia occurred in 16 per cent of patients and conventional ischemia in 35 per cent, suggesting that traditional ischemia due to exercise or drug-induced stress is more common.

Over a three-year follow-up, 10 per cent of patients (28 individuals) had another heart attack and two died of heart-related problems.

The incidence of heart attack or cardiovascular-related death was more than doubled in patients with mental stress induced ischemia compared with those without mental stress ischemia, occurring in 10 (20 per cent) and 20 (8 per cent) patients, respectively.

“Patients who developed ischemia with mental stress had more than two times the risk of having a repeat heart attack or dying from heart disease compared with those who did not develop ischemia during mental stress,” Vaccarino elaborated.

What this means is that the propensity to have a reduction in blood flow to the heart during acute psychological stress poses substantial future risk to these patients,

Such reduction in blood flow, when it occurs in real life, could trigger a heart attack or serious heart rhythm problems, she said.

Another interesting finding, according to Vaccarino, is that ischemia with mental stress and with conventional stress were not strongly related to each other, suggesting that they occur through different pathways.

“This points to the fact that stress provoked by emotions has a distinct mechanism of risk for heart disease and its complications compared with physical stress,” she noted.

The evidence for eggs has always been mixed. Previous studies found that eating eggs did not raise the risk of cardiovascular disease.(Unsplash) Don’t crack that egg. Here’s sombre news for all the egg lovers out there. A recent study found that egg yolk contains higher level of cholesterol which ultimately increases the chances of heart disease and early […]

The study was not designed to prove the cause and effect, but the data showed shift workers were 13% more likely to develop coronary heart disease than daytime workers.(Shutterstock) People who work in shifts are at heightened danger of heart disease and the risk increases with years they work in shifts, finds a Chinese study of more than 300,000 […]

Smoking increases both men’s and women’s risk of a major heart attack at all ages, but women smokers have a significantly higher increased risk compared to men, especially women under 50 years old, according to a study in the Journal of the American College of Cardiology. Despite the increased risk, smokers can reduce their risk to […]

How you can use options to make profit during festival season