According to drive-reduction theory, humans are motivated to satisfy physiological needs in order to maintain homeostasis.

Motivation describes the wants or needs that direct behavior toward a goal. Motivations are commonly separated into two types: drives are acts of motivation like thirst or hunger that have primarily biological purposes, while motives are fueled primarily by social and psychological mechanisms.

An early theory of motivation proposed that the maintenance of homeostasis is particularly important in directing behavior. Homeostasis is the tendency to maintain a balance, or optimal level, within a biological system. In a body system, a control center (which is often part of the brain) receives input from receptors (which are often complexes of neurons). The control center directs effectors (which may be other neurons) to correct any imbalance in the body detected by the control center.

The purpose of biological drives is to correct disturbances of homeostasis. Unsatisfied drives are detected by neurons concentrated in the hypothalamus in the brain. These neurons then produce an integrated response to bring the drive back to its optimal level. For instance, when you are dehydrated, freezing cold, or exhausted, the appropriate biological responses are activated automatically (e.g., body fat reserves are mobilized, urine production is inhibited, you shiver, blood is shunted away from the body surface, etc.). While your body automatically responds to these survival drives, you also become motivated to correct these disturbances by eating, drinking water, resting, or actively seeking or generating warmth by moving. In essence, you are motivated to engage in whatever behavior is necessary to fulfill an unsatisfied drive. One way that the body elicits this behavioral motivation is by increasing physiological arousal.

Drive-reduction theory was first developed by Clark Hull in 1943. According to this theory, deviations from homeostasis create physiological needs. These needs result in psychological drive states that direct behavior to meet the need and, ultimately, bring the system back to homeostasis. When a physiological need is not satisfied, a negative state of tension is created; when the need is satisfied, the drive to satisfy that need is reduced and the organism returns to homeostasis. In this way, a drive can be thought of as an instinctual need that has the power to motivate behavior. 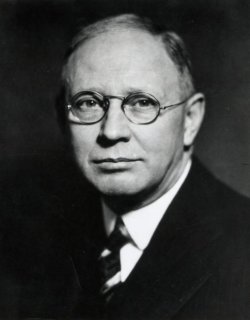 Clark Leonard Hull developed drive-reduction theory, one of the earliest theories of motivation.

Drive-reduction theory also emphasizes the role that habits play in the type of behavioral response in which we engage. A habit is a pattern of behavior in which we regularly engage; once we have engaged in a behavior that successfully reduces a drive, we are more likely to engage in that behavior whenever faced with that drive in the future (Graham & Weiner, 1996).

According to Hull, drive reduction is a major aspect of learning. Drives are thought to underlie all behavior in that behaviors are only conditioned, or learned, if the reinforcement satisfies a drive. Individuals faced with more than one need at the same time experience multiple drives, and research has shown that multiple drives can lead to more rapid learning than a single drive.

@Haley ❁: i have zero motivation to get out of bed in the mornings for work. this is every morning and it's becoming a problem.

@Tom M: The only downside of working out in the morning is finding motivation to get dressed up for work