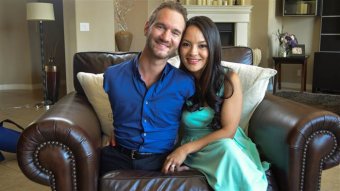 Australian-born Nick Vujicic was born without arms and legs, but that has not stopped him from leading a full life. Now, 32 and founder of the Los Angeles-based nonprofit Life Without Limbs and a motivational speaker, he gives hope to those born with disabilities. Married with a 2-year-old son, Vujicic is the subject of a short documentary, “Born Without Limbs, ”to be aired by TLC on June 17. He shares his inspirational story with NBC’s Susan Donaldson James.

I believe there’s a reason why something happens. You do your best and trust in God and never give up. I grew up with this mindset and was thankful for what I had. Not only did my parents raise me in such a beautiful way, but they had the courage to have more children. 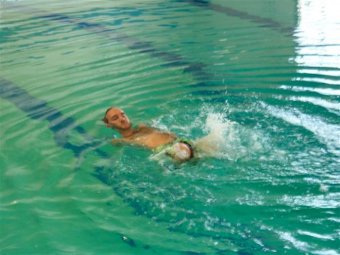 Mum was a midwife and she knew all about the birth process. But she had a premonition that something would go wrong in her pregnancy. She had all the ultrasounds, so it was a shock to everyone when I was born without arms and legs.

Australian-born Nick Vujicic and his wife Kanea, whom he met in Texas.

On the morning of my birth, Dad was beside her and could see my shoulder had no arm. He nearly fainted and vomited, and the nurse had to take him out of the room. I had phocemelia, no limbs, and there was no medical explanation. It wasn’t genetic and it wasn't thalidomide. They said I would be a vegetable. 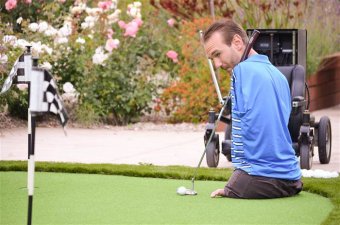 My mum said, “Take him away — I don’t want to see him.” But my dad comforted her and said, “He’s beautiful.” They took me home, but it took three to four months for my mother to come to terms with it.

I tried prosthetics at 6-years-old, but after months of trying, I had already learned to do many things without them and they limited my movements.

I was the first disabled person integrated into the Australian school system. I was bullied in school. My parents said ignore them, but I didn’t want to be special. I just wanted arms and legs to and to be like everyone else.

Everyone is looking for something to make them happy — money drugs alcohol. I wanted to know I was not just a write off. Every time a kid laughed at me or excluded me from a game, that fear came back. My parents told me they would never give up on me. My home was my refuge.

When I was 10 years old I wanted to commit suicide. I felt I had no value, and I thought I would always be a burden to my parents and never get married. That was until I saw a boy with no arms and legs like me, and I knew I could help him.

@veroworld1 @Pinkvelvet33 A motivational speaker like no other. Tony Robbins can't hold a candle to him!